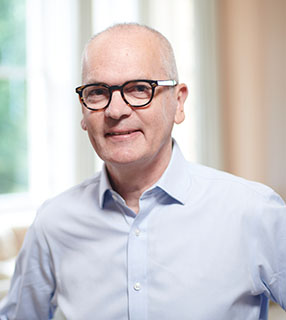 Patrick was appointed as an Executive Director in March 2021 and is also the Group’s Chief Operating Officer, Chief Executive of Informa Intelligence and one of Informa’s nominees on the Board of its Curinos business.

He joined Informa in November 2014 as CEO of the Business Intelligence Division (now Informa Intelligence), overseeing its return to growth and serving in the additional role of Integration Officer for the Penton Information Services and UBM acquisitions.

From 2009 to 2014 Patrick was Group CEO of St Ives plc where he led a
successful restructuring and repositioning of the business, undertaking numerous consolidations, acquisitions and disposals and transforming its financial performance, valuation and operations.

Patrick is a Non-Executive Director and Chair of the Remuneration Committee at RM plc.