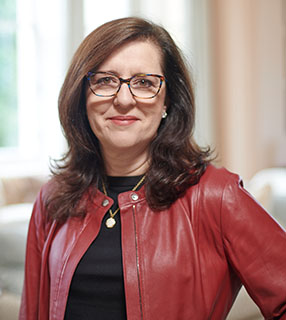 Mary joined the Board in June 2018 having previously been a Non-Executive Director of UBM plc. She was appointed as Informa's Senior Independent Director in November 2021.

Mary is a technology industry executive with deep product and digital experience, leading companies in times of market and technological change to maximise their potential.

She is Board Chair of Mitel Networks Corporation, having served as its President and CEO from October 2019 to November 2021.

Mary was CEO of Polycom from 2016 until its acquisition by Plantronics in 2018, and was an Executive Partner at Siris Capital LLC prior to that. Mary spent nine years at Nokia, latterly as Executive Vice President in charge of Nokia’s feature phones and associated digital services.

Before joining Nokia, Mary served 17 years at HP-Compaq including five years as Senior Vice President and General Manager for its industry-standard server business.

Mary is a Non-Executive Director and Chair of the Compensation Committee at Autodesk, Inc.