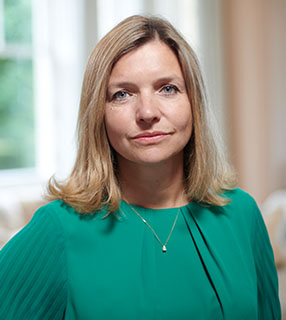 Gill joined the Board as a Non-Executive Director in August 2019 and became Chair of the Audit Committee in June 2021.

She brings significant current experience in digital, data and analytics to the Group. In November 2021, she was appointed Chief Executive of the Digital Regulators Forum, a collaboration between the Competition and Markets Authority, Financial Conduct Authority, Information Commissioner’s Office and Ofcom.

Gill previously worked at Channel Four and BBC Worldwide in a variety of strategy leadership and technology-driven roles, beginning her career at the Bank of England and Deloitte Consulting.

Gill is a Fellow of the Institute of Chartered Accountants and completed an MSc in Internet Social Sciences at the University of Oxford's Internet Institute. She is a a Non-Executive Director of the British Olympic Association and of Camelot, the UK National Lottery operator