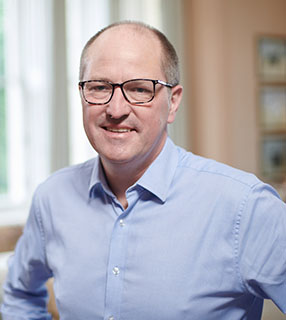 Prior to joining Informa, Gareth held a range of positions at National Express plc including Head of Group Finance and Acting Group Finance Director.

He qualified as a chartered accountant with Coopers & Lybrand (now part of PwC), and worked in its audit function from 1994 to 2001.