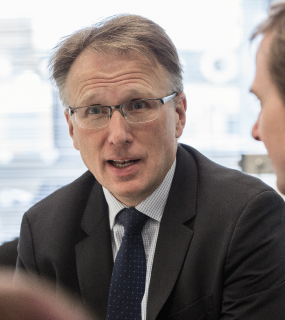 Andrew Mullins joined Informa in September 2014 as CEO of the then newly-formed Knowledge & Networking division, which is now known as Informa Connect.

He joined Lever Brothers (Unilever) after graduating from Bristol University in 1986. After moving to United Distillers in 1995, which became Diageo in 1997, Andrew joined News International (News Corp) in 2001 and Associated Newspapers (DMGT) in 2007.

Andrew sits on the Board of ITN as a Non-Executive Director, having previously been on the Boards of ESL, IPL and London Live and Which? Limited.