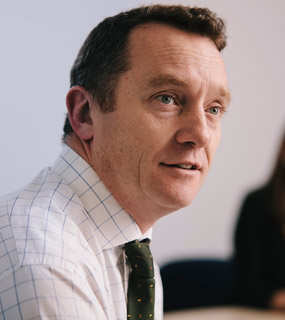 Rupert Hopley is the Company Secretary and Group General Counsel and joined Informa in November 2011.

He trained as a solicitor at Allen & Overy and worked in their corporate finance department before joining Cable and Wireless plc in 2004.

He held various roles at Cable & Wireless, including Head of Mergers and Acquisitions and Deputy General Counsel, before joining Expedia Inc. in 2008 as EMEA General Counsel.