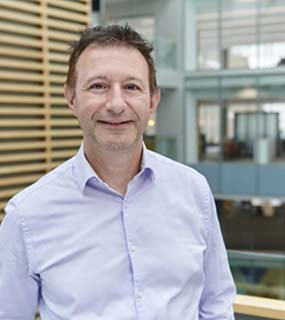 David joined Informa Tech in January 2020. He previously led digital innovation across the Wizarding World franchise of Harry Potter and Fantastic Beasts and was managing director of consumer revenue at the Guardian, part of the leadership team that returned the Guardian to profitability for the first time in two decades.

David was commercial and marketing director for London's Olympic bid and England's FIFA World Cup bid. He was sales and marketing director of the low-cost airlines easyJet and Go (of which he was a co-founder), group brand director at the Co-operative Group and partner at the advertising agencies HHCL and Ogilvy. David is a Fellow of the Chartered Institute of Marketing and the Marketing Society and was awarded an MBE in 2006.