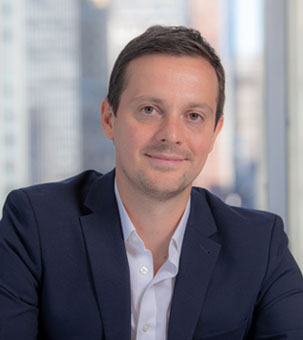 Glenn Cooke has been CFO of the Informa Connect Division since January 2018. Glenn started his career qualifying as a Chartered Accountant and has worked at Informa since leaving practice in 2011.

Glenn has over fifteen years of experience in accountancy and finance.  He joined Informa in 2011 as an Accounting Manager based in the EU SSC.  In 2014 he took on a London based role as Financial Controller of the legacy ITM business.  That position progressed with the evolution of Knowledge and Networking through to Informa Connect as it is known today.  Throughout the Informa Connect journey Glenn progressed from the Financial Controller role through to Deputy and Acting CFO before being formally appointed Divisional CFO in January 2019.

Glenn started his career working in accountancy practice with a firm named Wilkins Kennedy.  In this role he worked in an audit and advisory capacity.  He completed his ACA qualification with the ICAEW whilst working in practice. Glenn holds an Economics BSc degree from the University of Southampton.