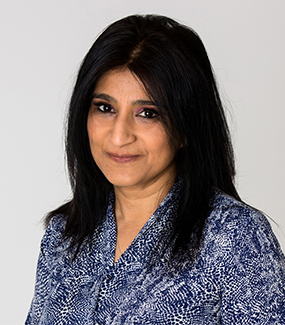 Dami Patel joined Taylor & Francis in August 2008, fulfilling the role of HR Manager until 2012 when she became HR Director before being appointed to the Taylor & Francis Board in January 2015. She is responsible for global HR functions, including HR Operations, Learning and Development and Talent Acquisition.

She began her career in retail as part of a graduate programme and held a number of roles, including HR and Training Manager, before moving to the pharmaceutical industry in 2003 as HR Business Partner. Dami has been responsible for the implementation of a talent assessment and succession planning programme as part of a global initiative to drive a high-performance culture within the organisation.