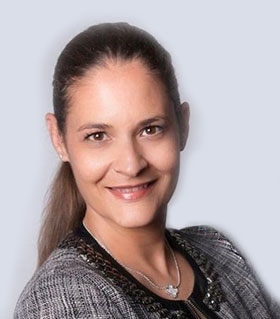 Gaelle has been the Managing Director of the Monaco Yacht Show, Informa Markets since 2010, which under her stewardship has become the leading event in the superyacht sector.

Gaelle was appointed Chief Operating Officer in 2008, after spending a number of years working exclusively on the Monaco Yacht Show and having joined the team in 1999 as a trainee.

Gaelle was an active participant in organising the National Student Theatre Festival (France) for three years and specialised in Marketing at the SKEMA Business School.